Steve Cannon has been shoveling coal into the green-industry engine for over 30 years. He caught the bug during college when he spent three summers working on the  “forestry crew” with the DuPage County Forest Preserve District, where he mainly cut grass and tried to avoid poison ivy.

He has degrees from the University of Illinois (Urbana) and Loyola (Chicago).

He lives in Arlington Heights with his wife Janet, 2 sons Matt and Tom*,  Maisie the Nova Scotia Duck Tolling Retriever, and Lyra the Border Collie.

*Update: the kids are now only occasional visitors. 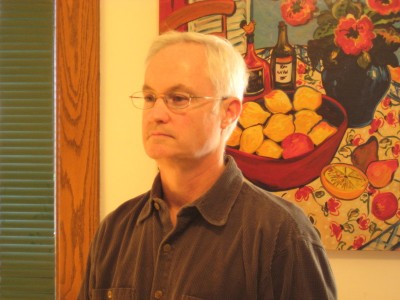